Went shooting with Marty this past weekend. We thought it was going to rain and we would miss the sunrise, but boy did God have other plans. We saw so many colors in the sky. It was beautiful! Here are some random shots around Vicksburg from that day. An old bridge on Hwy 80 right out of Vicksburg.

The sunrise was so colorful

Yet another old piano wasting away in the elements. Found in an old abandoned church off of Tucker Road. Once upon a time there was a town called "Rodney, Mississippi". Located in Jefferson County about 32 miles from Natchez, Rodney was once only three votes away from being the capital of the Mississippi territory. A bustling river town, commerce and trade made Rodney the center of attention in this region. According to Wikipedia, Rodney was noted for its high level of culture, county fairs and business activity. Rodney once contained a bank, a newspaper, 500 people and 35 stores, artists, theater, lecture hall, schools, debating society, churches, jockey club and thespian groups. Among the businesses fronting on Commerce and Magnolia Streets were a bank, wagon makers, tinsmiths, barbers, doctors, dentists, general mercantile stores, hotels, saloons, and pastry shops. Also, Mississippi Lodge # 56, Free and Accepted Masons was located in Rodney from the 1850's to the 1920's. it was not unusual for traveling thespians on the show boats to play at Rodney and use the Masonic Hall for their performances. Also, there was / is a huge Rodney Town Cemetery. It is now abandoned and very heavily overgrown. Many people from across the Mississippi River brought their dead to Rodney and buried them above the overflow line.

Well that's all I have to say about Rodney today, but if you get the chance I highly encourage you to find your way there. Here are a few more photos from my journey to Rodney, Mississippi. 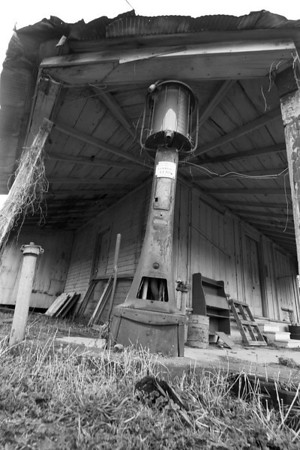 An old gas pump from the corner drug store 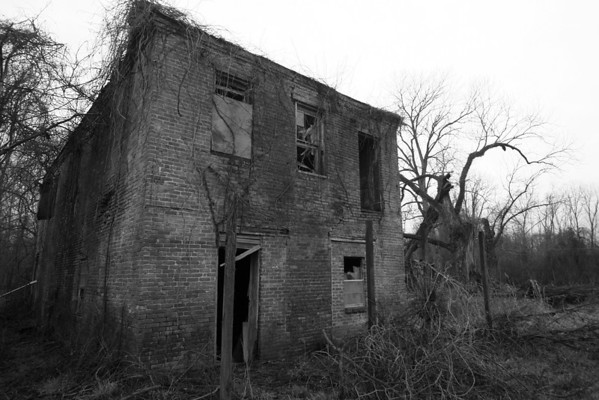 A broom propped in the corner of the Baptist church